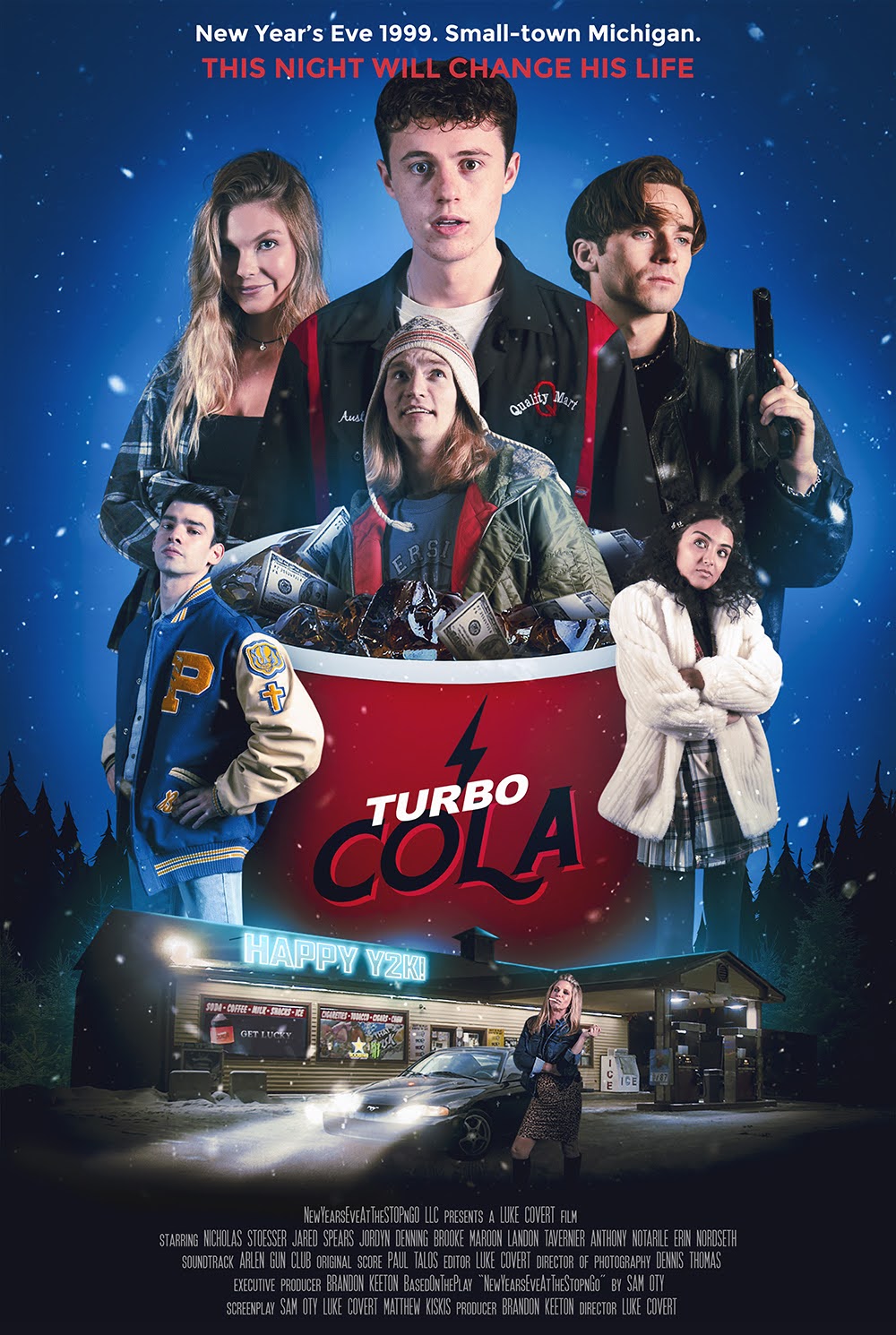 With all of his friends headed to a party on the last night of 1999, Austin takes an extra shift at the Quality Mart gas station and is forced to look down the barrel of what it means to graduate high school and face a future stuck in his middle of nowhere hometown. He’s got one night to make his dreams come true, legal or not, and he’s taking it.

When does Turbo Cola premiere?

Where can I watch Turbo Cola ?