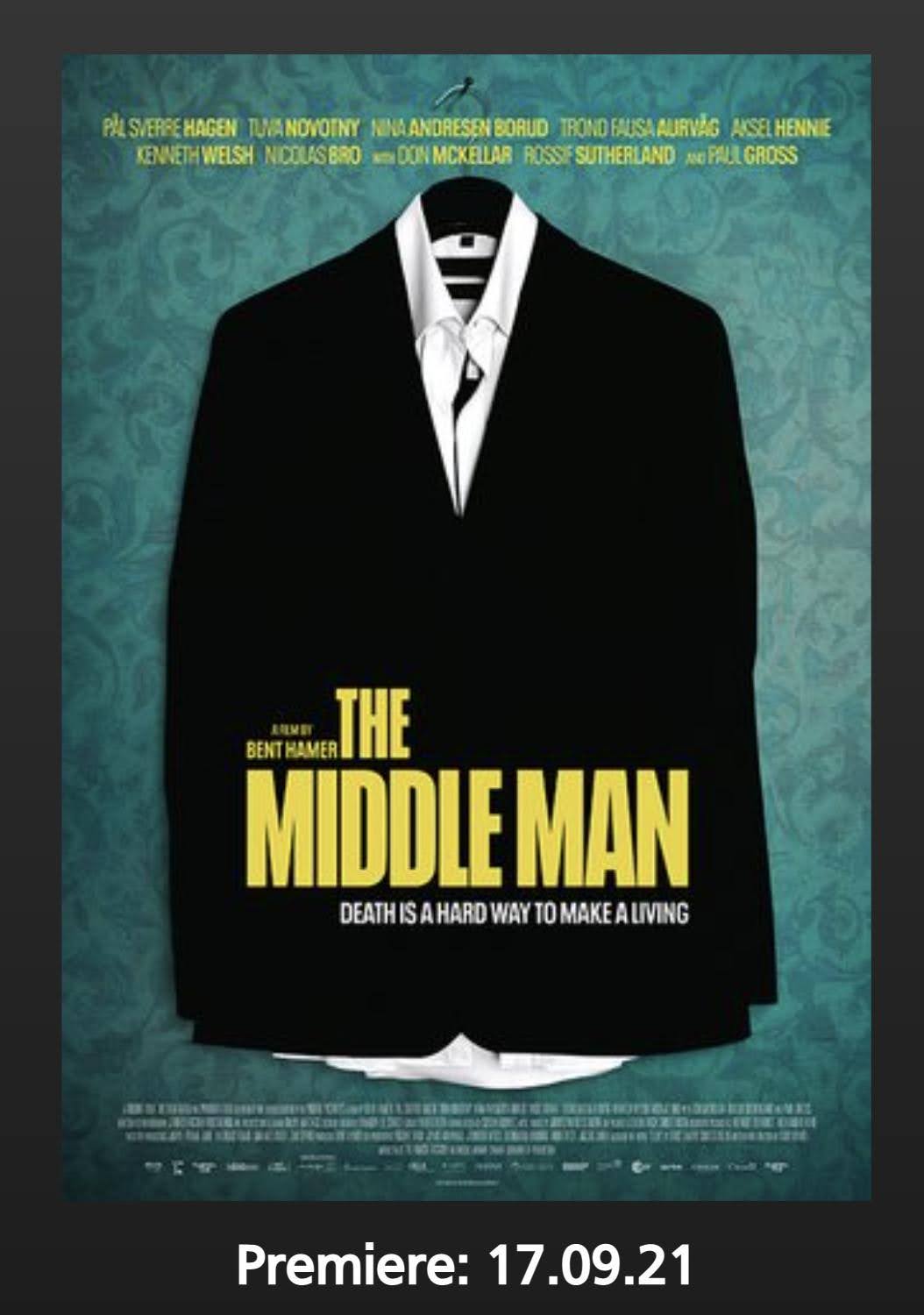 The Middle Man is an internationally co-produced drama film, directed by Bent Hamer and written by Lars Saabye Christensen, Bent Hamer. Starring by Don McKellar, Kenneth Welsh, and Rossif Sutherland, the film is set to premiere on September 17, 2021 in Norway, and it is scheduled to release at the Toronto International Film Festival in September 2021. The technical crew includes Jonathan Goldsmith for music direction, for cinematography, and Anders Refn for editing. Check below for more inside information about The Middle Man . This page will put a light upon the The Middle Man wiki, cast info, release date, teaser/trailer, actors/actresses with their roles, controversies, trivia, shooting location info, rumors, lesser-known facts, and more.

Frank Farrelli takes on the job as a middle man in the God-forsaken town of Karmack, USA, a community in a depression so deep that they need a middle man to professionally communicate more of the bad news.

Trailer/ Teaser of The Middle Man :

When does The Middle Man premiere?

Where can I watch The Middle Man ?

« The Addams Family 2
The Comeback Trail »