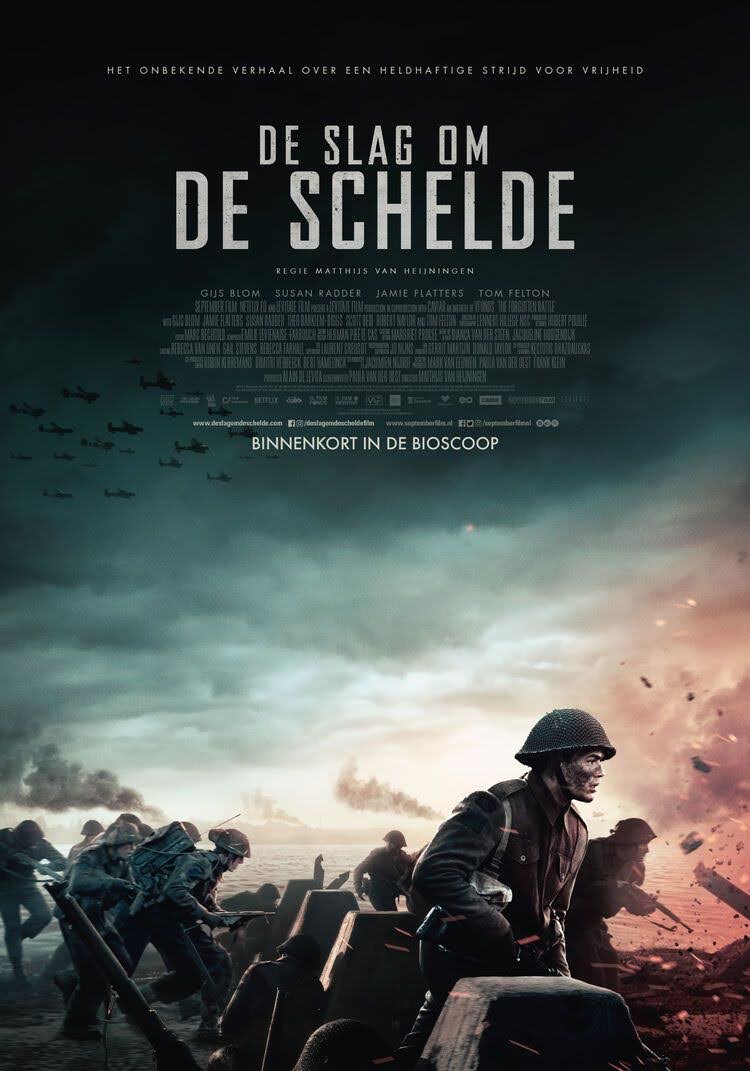 The Forgotten Battle (Original title: De slag om de Schelde) is a 2021 Netherlandic action drama film, directed by Matthijs van Heijningen Jr. and written by Paula van der Oest, Jesse Maiman. Starring by Gijs Blom, Jamie Flatters, and Susan Radder. The film follows a Dutch Axis soldier played by Gijs Blom, a British Allied pilot played by Jamie Flatters, and a resistance woman from Zeeland played by Susan Radder, the budget of the film estimated around €14 million and it is set to premiere on Netflix on October 15, 2021. The technical crew includes Emilie Levienaise-Farrouch for music direction, Lennert Hillege for cinematography, and Marc Bechtold for editing. Check below for more inside information about The Forgotten Battle . This page will put a light upon the The Forgotten Battle wiki, cast info, release date, teaser/trailer, actors/actresses with their roles, controversies, trivia, shooting location info, rumors, lesser-known facts, and more.

November 1944. On the flooded island of Walcheren in Zeeland, thousands of allies fight the German army. Touching three young lives inextricably connected. A Dutch boy fighting for the Germans, an English glider pilot and a Zeeland girl who reluctantly joined the resistance become involved, and are faced with crucial choices that are not only about their own freedom, but also about the freedom of others.

Trailer/ Teaser of The Forgotten Battle :

When does The Forgotten Battle premiere?

Where can I watch The Forgotten Battle ?