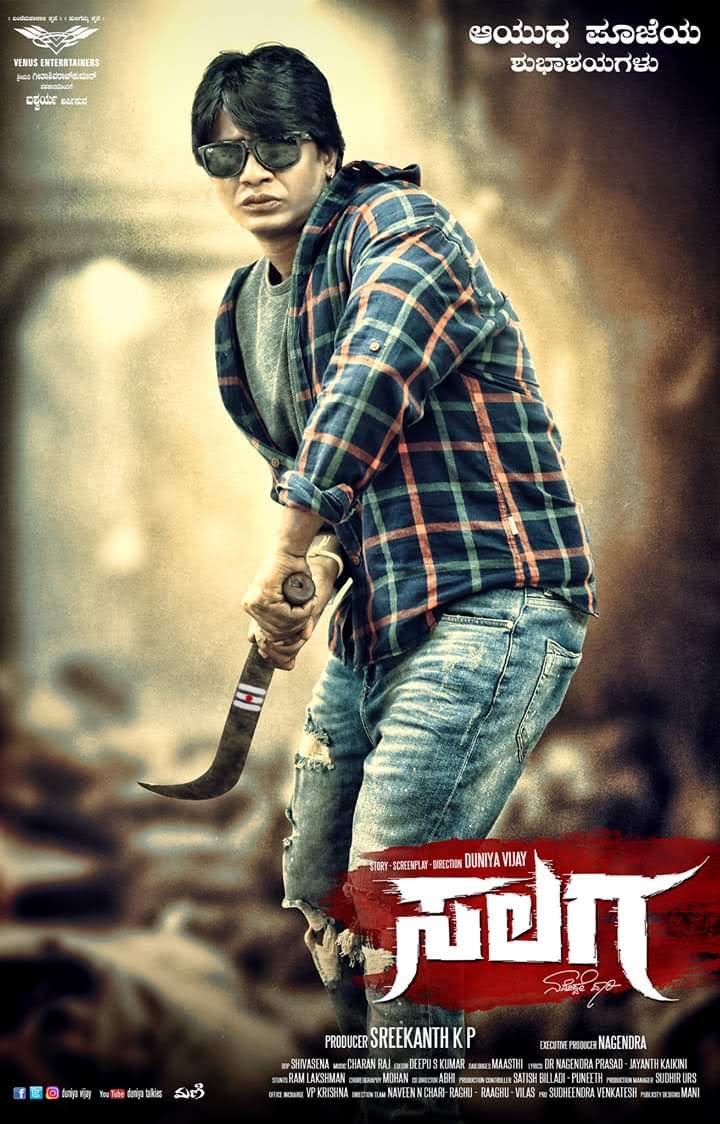 Salaga is a 2021 Indian Kannada-language movie directed by Duniya Vijay and produced by KP Srikanth under the banner of Duniya Talkies. The film stars Duniya Vijay, Sanjana Anand, Dhananjaya, Nagabhushan, Achyuth Kumar, Rangayana Raghu in the pivotal roles. The film’s soundtrack was composed by B. Ajaneesh Loknath while A Karunakar cranked the camera and Ganesh Mallaiah edited it. Salaga Kannada movie relesaed on October 14, 2021.

Will be updated soon