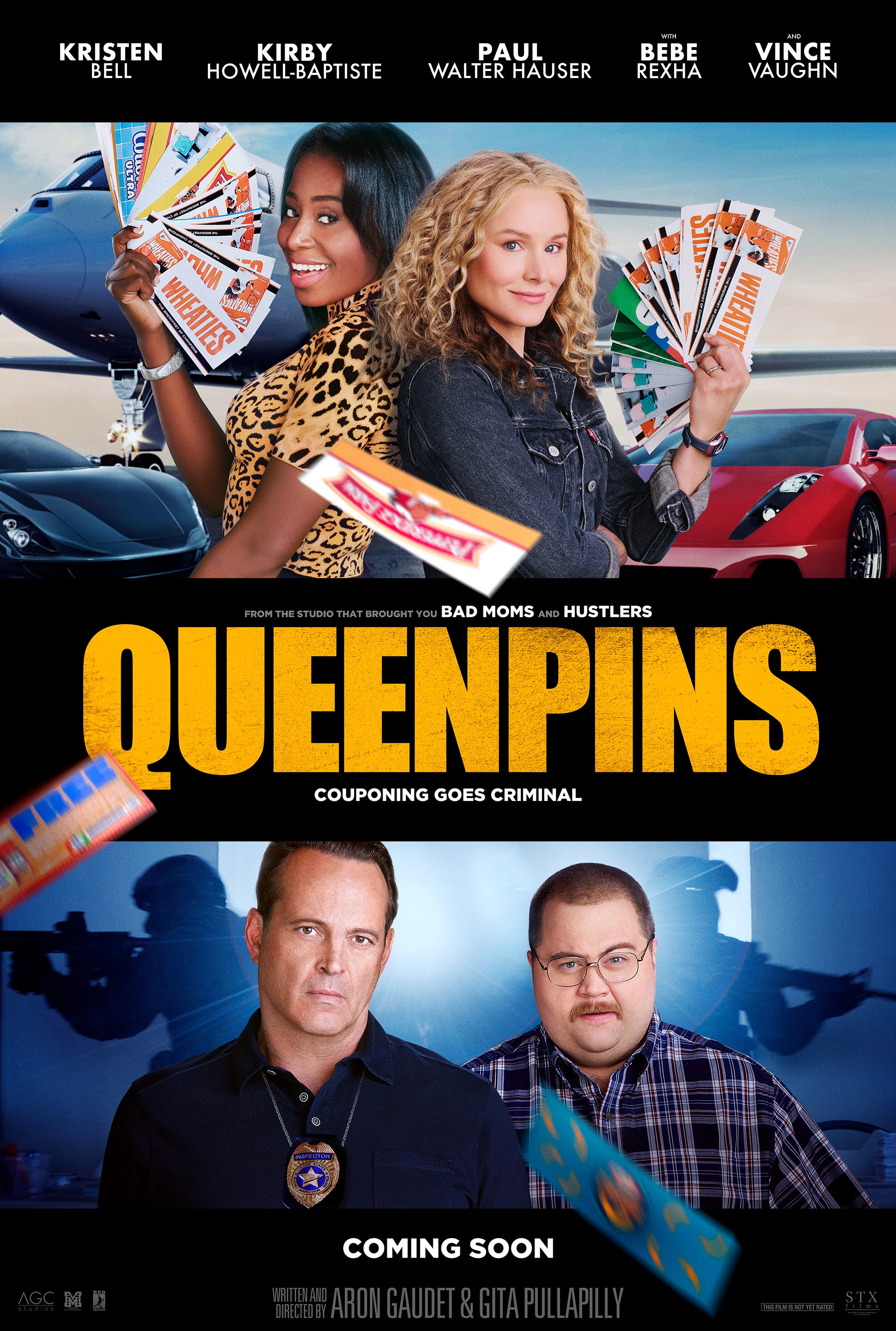 Queenpins is an American comedy film, directed and written by Aron Gaudet and Gita Pullapilly. Starring by Kristen Bell, Kirby Howell-Baptiste, and Paul Walter Hauser. The budget of the film estimated around $7,000,000, the film is releasing on September 10, 2021, in the United States. The technical crew includes Siddhartha Khosla for music direction, for cinematography, and Kayla Emter for editing. Check below for more inside information about Queenpins. This page will put a light upon the Queenpins wiki, cast info, release date, teaser/trailer, actors/actresses with their roles, controversies, trivia, shooting location info, rumors, lesser-known facts, and more.

When does Queenpins premiere?

Where can I watch Queenpins?