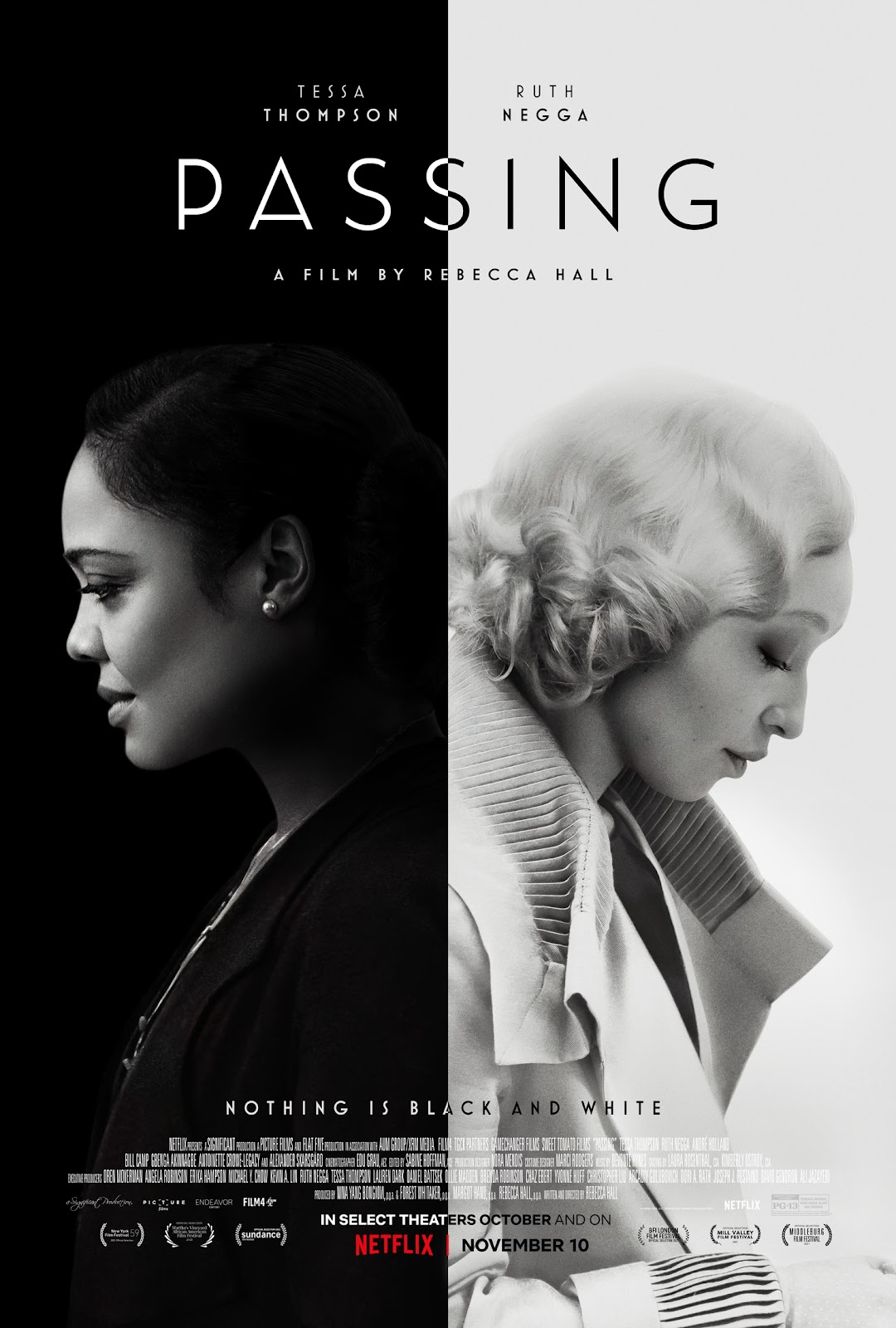 Passing is a 2021 American drama film, directed and written by Rebecca Hall. Starring by Tessa Thompson, Ruth Negga, André Holland, Bill Camp, and Gbenga Akinnagbe, the film is set to premiere on November 10, 2021 on Netflix. The technical crew includes Devonté Hynes for music direction, Eduard Grau for cinematography, and Sabine Hoffman for editing. Check below for more inside information about Passing. This page will put a light upon the Passing wiki, cast info, release date, teaser/trailer, actors/actresses with their roles, controversies, trivia, shooting location info, rumors, lesser-known facts, and more.

“Passing” follows the unexpected reunion of two high school friends, whose renewed acquaintance ignites a mutual obsession that threatens both of their carefully constructed realities.

The term “passing” refers to the practice of members of minority or oppressed races, religions, ethnic groups, etc., pretending to be white (or otherwise members of the majority culture) to escape prejudice. The writer/director of this movie, Rebecca Hall, is better known as an actress; although she has almost only ever been cast as white characters, she is part African American. In a 2018 interview with Deadline, Hall said, “I came across the novel at a time when I was trying to reckon creatively with some of my personal family history, and the mystery surrounding my biracial grandfather on my American mother’s side. In part, making this film is an exploration of that history, to which I’ve never really had access.”

When does Passing premiere?

Where can I watch Passing?