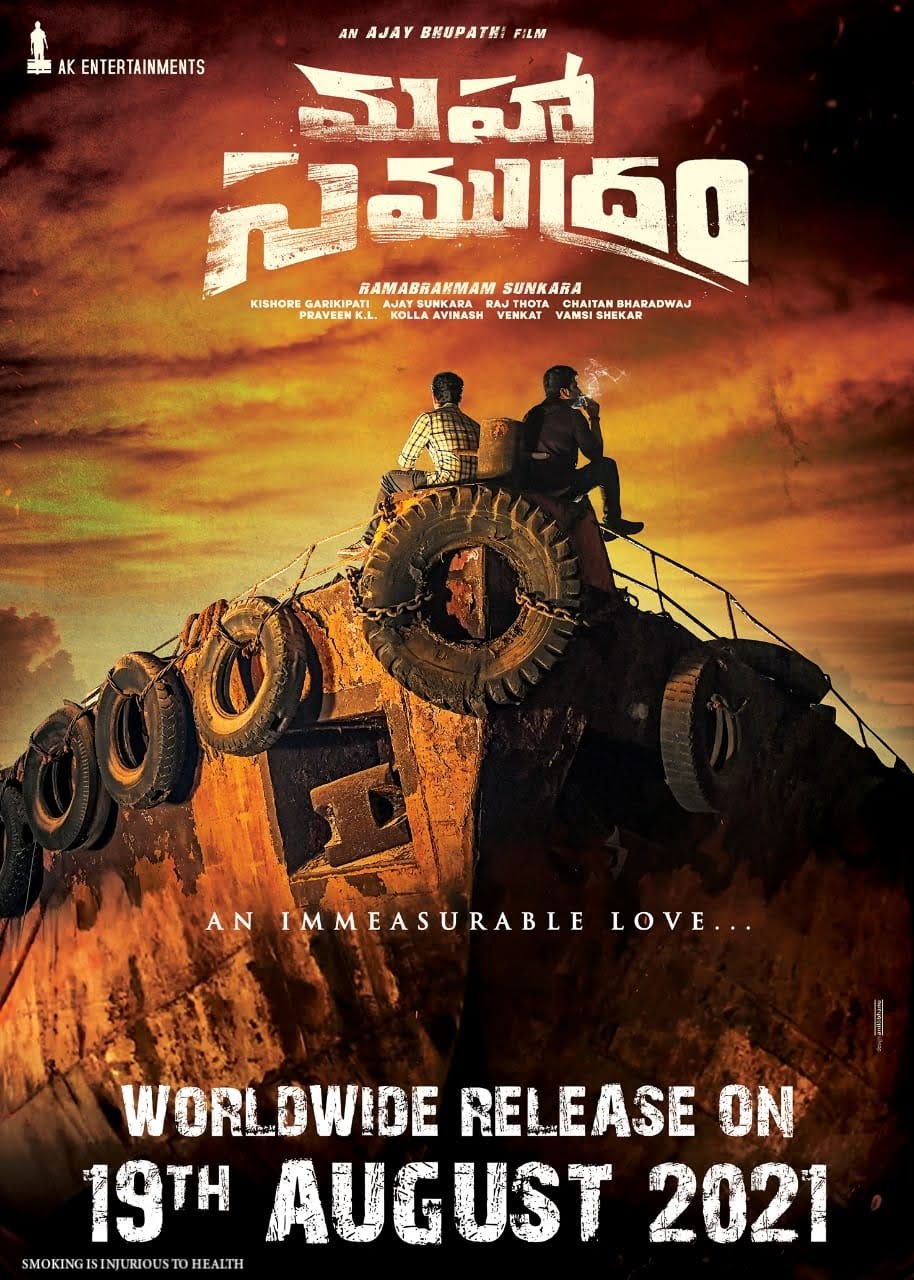 Maha Samudram is an Indian Telugu-language drama film, directed and written by Ajay Bhupathi. Starring by Aditi Rao Hydari, Siddharth, and Sharwanand, teh film is set to premiere on October 14, 2021 by AK Entertainments. The technical crew includes Chaitan Bharadwaj for music direction, for cinematography, and Praveen K.L. for editing. Check below for more inside information about Maha Samudram . This page will put a light upon the Maha Samudram wiki, cast info, release date, teaser/trailer, actors/actresses with their roles, controversies, trivia, shooting location info, rumors, lesser-known facts, and more.

In 2019, Ajay Bhupati confirmed the film with Bellamkonda Sreenivas in the lead. However, in early 2020, the bilingual film starring Sharwanand and Siddharth is announced. Naga Chaitanya and Samantha Akkineni were also considered for the lead roles, but it did not materialize.

In October 2020, Aditi Rao Hydari and Anu Emmanuel were cast in the film. Chaitan Bharadwaj who previously composed music for the films such as RX 100 (2018) and SR Kalyanamandapam (2021), was signed for film’s soundtrack. After Jabardasth (2013), Siddharth made a straight comeback to Telugu cinema after 8 years.

When does Maha Samudram premiere?

Where can I watch Maha Samudram ?