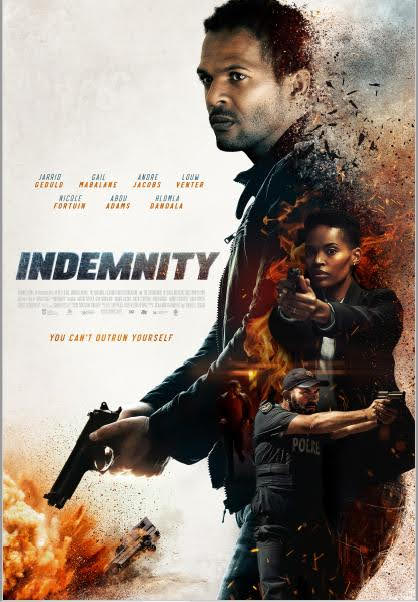 Indemnity is a South African action thriller film, directed and written by Travis Taute. Starring by Travis Taute, Gail Mabalane, and Andre Jacobs, the film is releasing on August 11, 2021 Fantasia International Film Festival. The technical crew includes Kyle Shepherd for music direction, for cinematography, and for editing. Check below for more inside information about Indemnity. This page will put a light upon the Indemnity wiki, cast info, release date, teaser/trailer, actors/actresses with their roles, controversies, trivia, shooting location info, rumors, lesser-known facts, and more.

Theo Abrams is an ex-Cape Town fireman suffering from severe Post-Traumatic Stress Disorder, unable to return to work due to the psychological trauma sustained during a failed rescue mission. An increasingly frustrated and volatile Theo’s world is rocked when, one morning, he wakes up next to his wife’s murdered corpse with no recollection of what transpired and all evidence suggesting that he’s killed her. When the police label him as the prime suspect, Theo goes on the run, and is soon being hunted by Deputy Chief of Police, Alan Shard, a notoriously ruthless soldier of the law, who is hell-bent on catching Theo as one last act of service before he officially retires. However, when an unknown third party is thrown into the mix, Theo discovers an alarming connection between the sinister forces hunting him in an attempt to silence him permanently for a reason he can’t comprehend; and a recent investigation his wife was conducting into a global armament contractor. When connecting the dots becomes a matter of life and death, Theo becomes embroiled in a desperate fight for survival and must figure out who really murdered his wife before a terrifying conspiracy changes the course of a nation forever.

When does Indemnity premiere?

Where can I watch Indemnity?