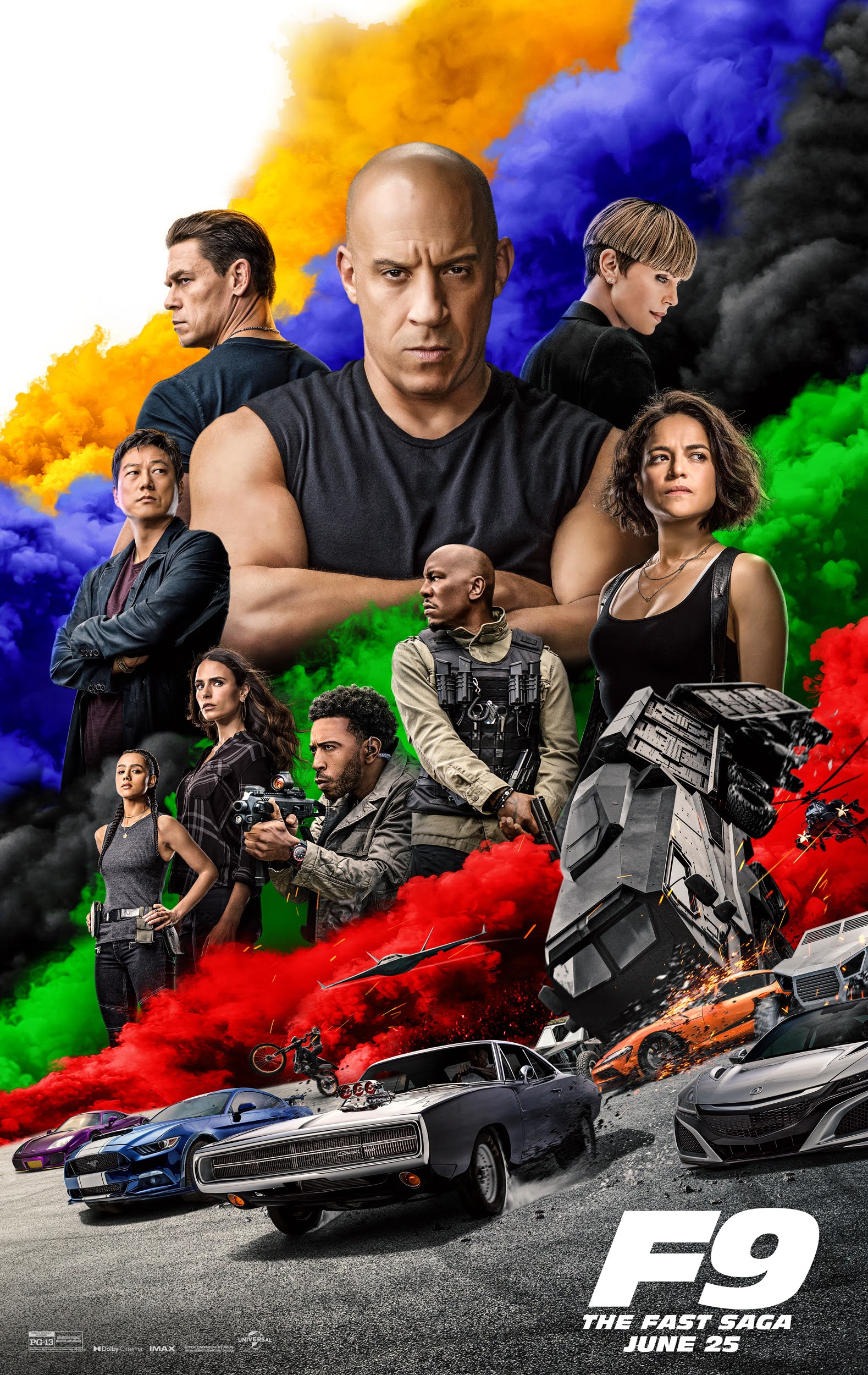 F9 (also known as F9: The Fast Saga or Fast & Furious 9) is a 2021 American action film directed by Justin Lin, who also co-wrote the screenplay with Daniel Casey. It is the sequel to The Fate of the Furious (2017), the ninth main installment, and the tenth full-length film released overall in the Fast & Furious franchise. The first film since Fast & Furious 6 (2013) to be directed by Lin and the first since 2 Fast 2 Furious (2003) not to be written by Chris Morgan, F9 stars Vin Diesel, Michelle Rodriguez, Tyrese Gibson, Chris “Ludacris” Bridges, John Cena, Jordana Brewster, Nathalie Emmanuel, Sung Kang, Michael Rooker, Helen Mirren, Kurt Russell, and Charlize Theron.

F9 was originally scheduled for worldwide release in April 2020, but was delayed several times, first due to the releases of Hobbs & Shaw (2019) and No Time to Die (2021), and then the COVID-19 pandemic. It was released internationally on May 19, 2021, and is scheduled to be released in the United States on June 25. The film received mixed reviews with praise for the stunts and Lin’s direction but criticism for its unrealistic action sequences and formulaic script. It has grossed over $292 million worldwide, making it the fourth-highest-grossing film of 2021. {WIkipedia}

Synopsis: Cipher enlists the help of Jakob, Dom’s younger brother to take revenge on Dom and his team.

« The Phantom of the Open
Saving Sloane »