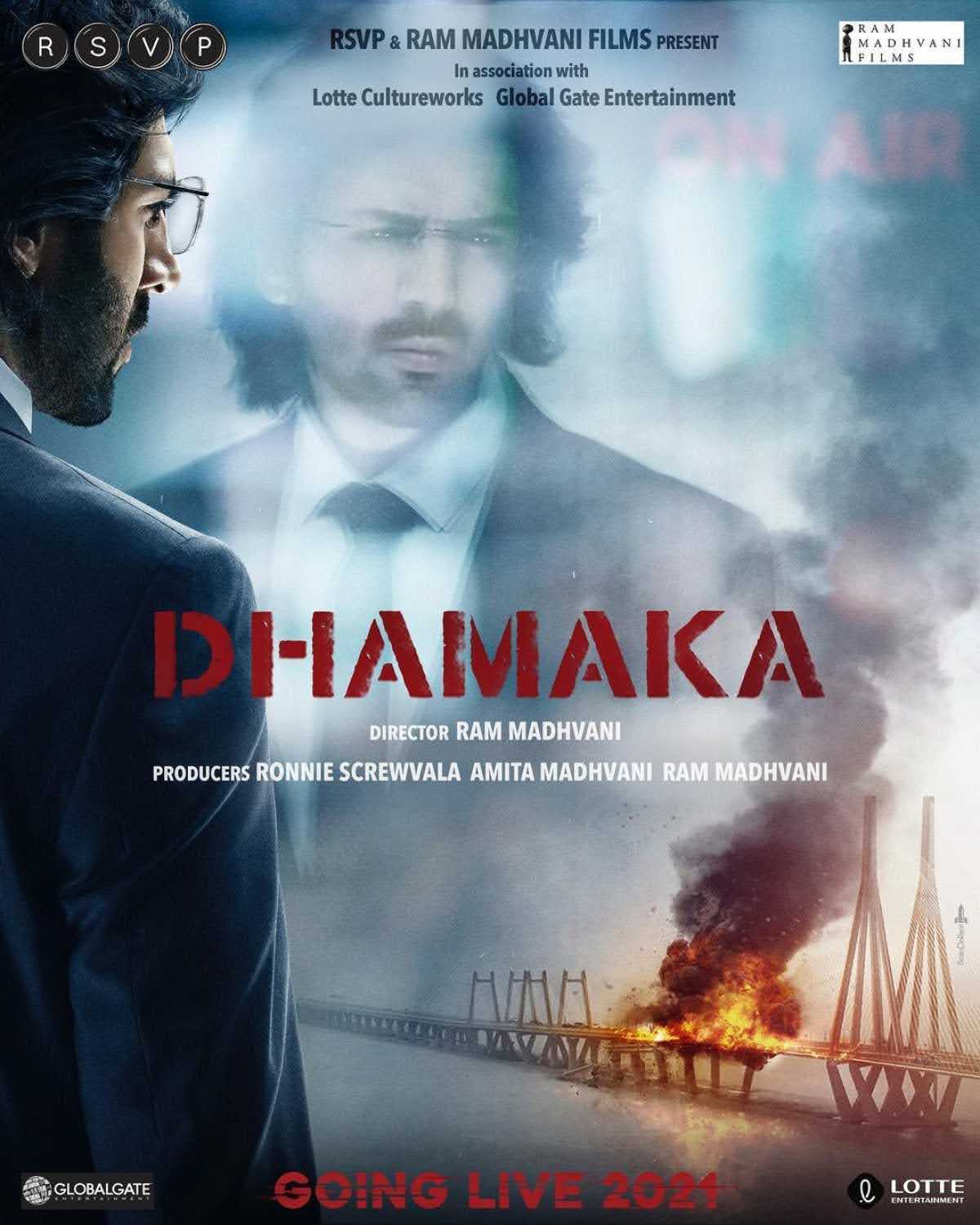 Dhamaka is an upcoming Hindi-language action thriller film, directed by Ram Madhvani and written by Ram Madhvani, Puneet Sharma. Starring by Ram Madhvani, Kartik Aaryan, Farabi Md Refat, and Vishwajeet Pradhan. An official remake of the 2013 film The Terror Live, the film stars Kartik Aaryan in the leading role of a journalist. Originally scheduled for theatrical release, this decision was dropped by the producers in January 2021, in favor of a direct-to-digital release through the streaming service Netflix, on 19 November 2021. The technical crew includes Vishal Khurana for music direction, Manu Anand for cinematography, and Monisha Baldawa, Amit Karia for editing. Check below for more inside information about Dhamaka. This page will put a light upon the Dhamaka wiki, cast info, release date, teaser/trailer, actors/actresses with their roles, controversies, trivia, shooting location info, rumors, lesser-known facts, and more.

Reassigned from TV to radio, a frustrated anchor sees both danger and opportunity when he receives threatening calls on the air.

When does Dhamaka premiere?

Where can I watch Dhamaka?

« The House of Flowers: The Movie
Prime Time »