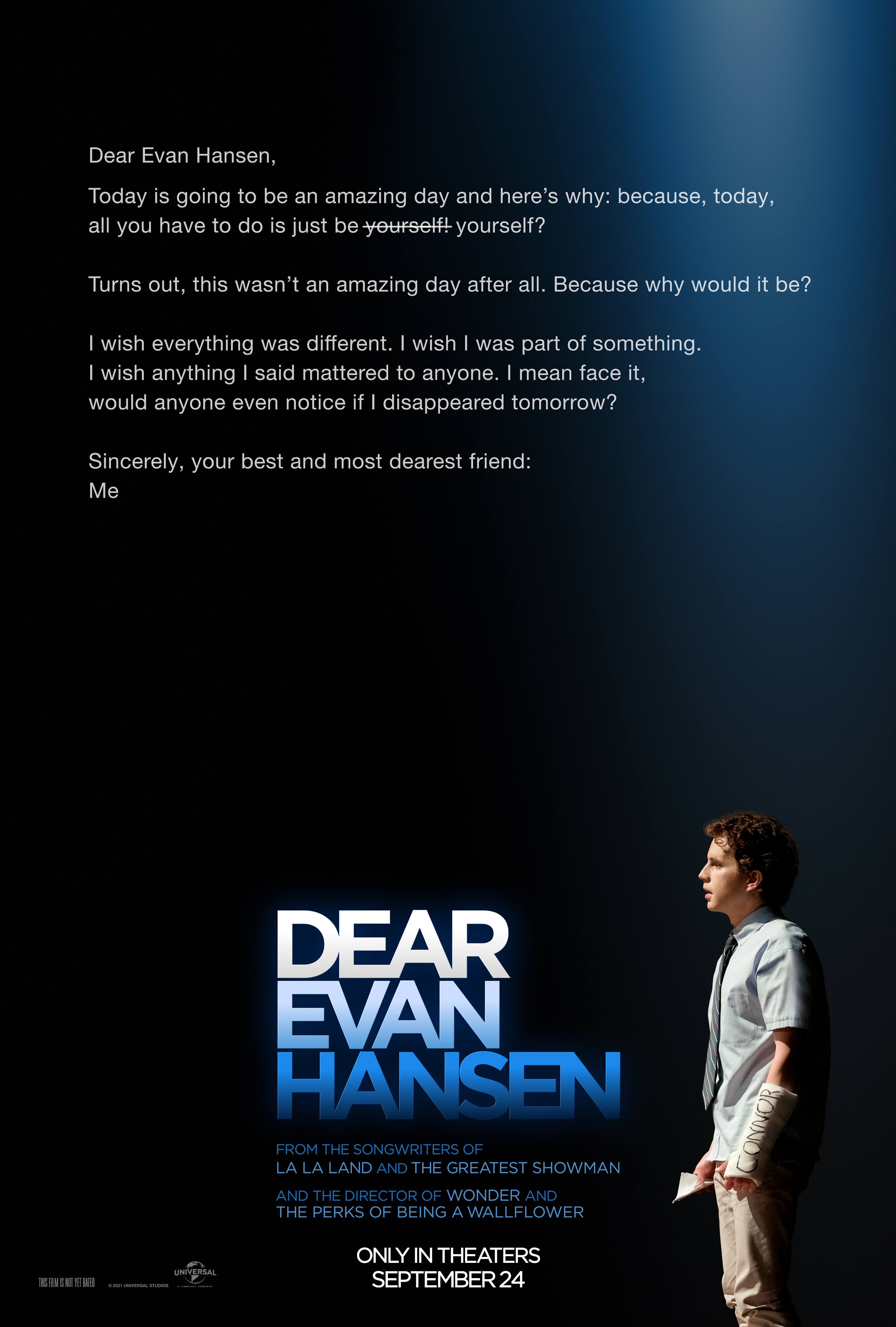 Dear Evan Hansen is an American drama musical film, directed by Stephen Chbosky and written by Steven Levenson. Starring by Ben Platt, Kaitlyn Dever, Amandla Stenberg, and Nik Dodani, the film is scheduled to have its world premiere at the 2021 Toronto International Film Festival on September 9, 2021, as its Opening Night Gala Presentation, to be followed by a release in theaters on September 24, 2021, by Universal Pictures. The technical crew includes Benj Pasek,Justin Paul for music direction, for cinematography, and Anne McCabe for editing. Check below for more inside information about Dear Evan Hansen . This page will put a light upon the Dear Evan Hansen wiki, cast info, release date, teaser/trailer, actors/actresses with their roles, controversies, trivia, shooting location info, rumors, lesser-known facts, and more.

Film adaptation of the Tony and Grammy Award-winning musical by Steven Levenson, Benj Pasek and Justin Paul about Evan Hansen, a high school senior with a severe Social Anxiety disorder, whose letter to himself, one that was not meant to be seen by others, lands into the wrong hands of a fellow classmate who, as a result, commits suicide. This incident sends Evan on a journey of self-discovery and gives him the chance to finally be accepted by his peers and live the life he never dreamed he could have.—Max Hechtman.

When does Dear Evan Hansen premiere?

Where can I watch Dear Evan Hansen ?