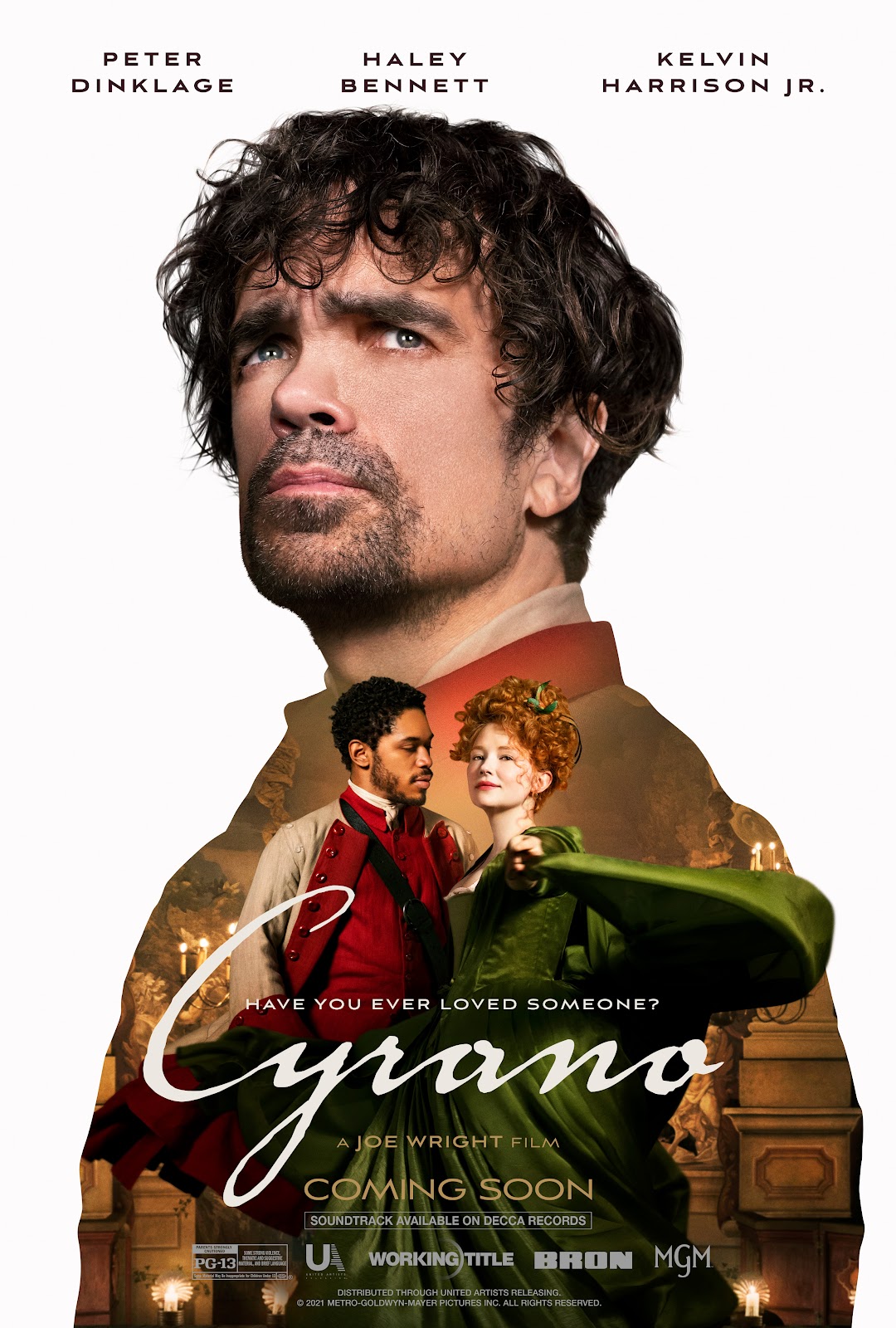 Cyrano is an American musical drama-romantic film, directed by Joe Wright and written by Edmond Rostand, Erica Schmidt. Starring by Haley Bennett, Ben Mendelsohn, Peter Dinklage, and Kelvin Harrison Jr, It had its world premiere at the 48th Telluride Film Festival on September 2, 2021. It is scheduled to be released in the United States on December 31, 2021, by United Artists Releasing. The technical crew includes Aaron Dessner, Bryce Dessner for music direction, Seamus McGarvey for cinematography, and Valerio Bonelli for editing. Check below for more inside information about Cyrano. This page will put a light upon the Cyrano wiki, cast info, release date, teaser/trailer, actors/actresses with their roles, controversies, trivia, shooting location info, rumors, lesser-known facts, and more.

When does Cyrano premiere?

Where can I watch Cyrano?