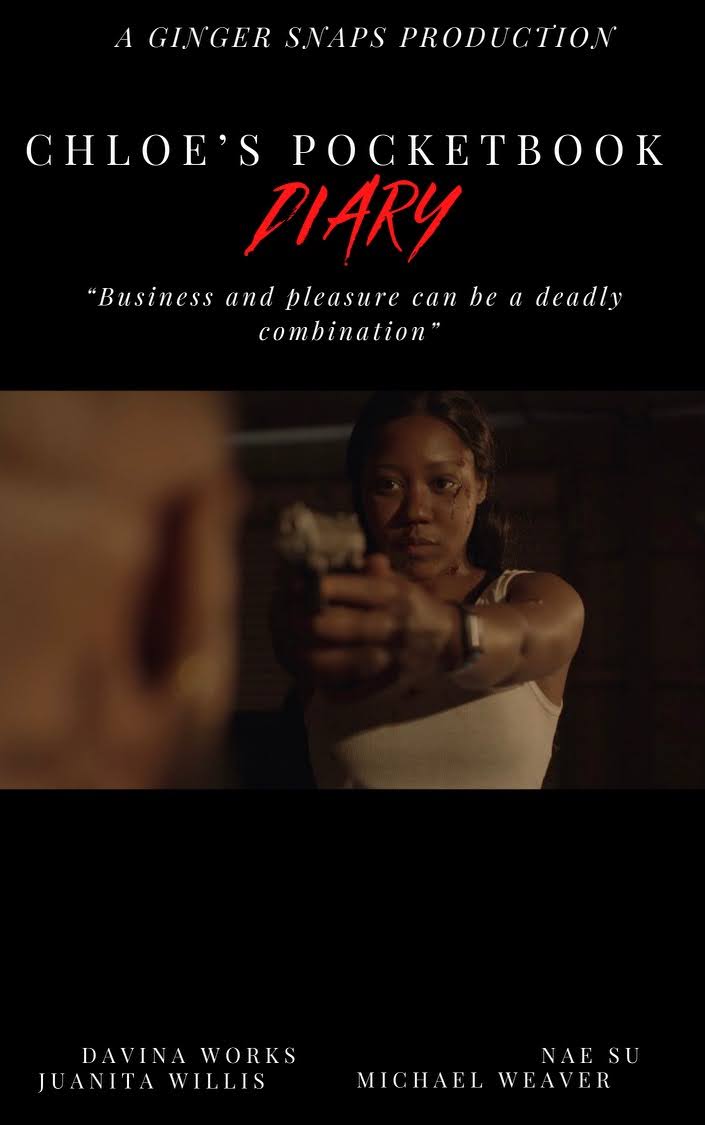 Chloe’s Pocketbook Diary is an American crime film, directed by Gin Blanton and written by Gin Blanton and Eniqua Russell. Starring by Davina, Nae Su, Juanita Rain Willis, and Michael G. Weaver, the film is releasing on August 6, 2021 by Maverick Entertainment. The technical crew includes for music direction, for cinematography, and for editing. Check below for more inside information about Chloe's Pocketbook Diary. This page will put a light upon the Chloe's Pocketbook Diary wiki, cast info, release date, teaser/trailer, actors/actresses with their roles, controversies, trivia, shooting location info, rumors, lesser-known facts, and more.

From the age of 13 Chloe Addison (Davina Works) has wanted to be in her family’s business. Her mother Queen (Nae Su) is the one in charge of operations, and Chloe aspires to be just like her. Upon returning home from college, Chloe finally gets the chance to prove that she has the guts to do the dirty work that is required. But Chloe struggles to be as ruthless as Queen and she often fails to keep her desires at bay and focus on running the family empire. Secrets from the past come back to haunt the Addison’s and it’s up to Chloe to maintain order. Will she rise to the occasion or let the pages burn?

When does Chloe's Pocketbook Diary premiere?

Where can I watch Chloe's Pocketbook Diary?